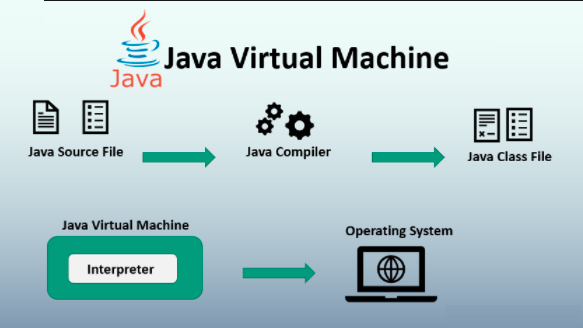 All language compilers translate source code into machine code for a specific computer. Java compiler also does the same thing.

Java compiler produces an intermediate code known as bytecode for a machine that does not exist. This machine is called java virtual machine and it exists only inside the computer memory. It is a simulated computer within the computer and does all major functions of a real computer .